Before, During, and After Employment

“You have received instructions about [Mark]; if he comes to you, welcome him.”  Colossians 4:10

The Teammate Who Left

A trained expositor, philosopher, and observer, Paul’s fingerprints can be found all over Christian history. For both good and ill, Paul’s writings have formed the theological arguments for the church’s theology and praxis. Most of all, Paul’s writings (and those who wrote in his name) have formed the basis for how we view the life, death, and resurrection of Jesus.  That core narrative – that Jesus was miraculously born, lived a righteous life, died a martyr’s death, and was raised by God to life – is the lens through which Paul views all of human history.

In Paul’s story, we see an infant movement wary of his presence and unsure of his claim to have seen Jesus. We then see a maturing movement unsure of those he claims are now welcome in a previously exclusive Jewish sect. Later, we see a scattered movement dependent on his narratives and upon those to whom he entrusted his words.

It is in this scattered movement that we find names like Junia, Phoebe, Timothy, Silas, and… John Mark. Best known for fleeing Paul and Barnabas’ journeys and as a possible author of one Gospel, John Mark is also notable as someone who was at one time a former partner with Paul.  Despite John Mark’s mistakes, he and Paul would eventually be restored. Scripture does not portray Paul as adaptable and forgiving when it comes to his teammates. Just ask Barnabas. Or Peter. Or James. Yet, Paul finds space to offer healing and restoration for someone he once deemed no longer fit to travel with him.

In the same way, our churches must make space for those ministers who no longer travel with us.

In a recent e-book, I suggested that Sabbath should be at the heart of any church’s employee policy. I argued that rhythm is God’s prescription for the relationship between God and humanity, among ourselves and others, and with ourselves. Likewise, the God of Scripture and of Creation demonstrates over and over again that conception, birth, life, death, and resurrection is the cycle which God ordains, Jesus models, and we imitate. These two theological principles – rhythm and re-birth – leave us asking,

“What is the full life cycle of a church staff member, ordained and called by a church to model the Jesus life?”  And, “How should our treatment and support of those ministers who are no longer part of our church stand out among employers in any sector?”

If You're Unsure What's Next

It is uncommon, rare even, for businesses to look out for the best interests of those who are no longer employed by them. There is a transactional nature to employment that betrays a truth of consumerism: employees are goods and services, too. When the transaction is complete, they are tossed aside. This is not to denigrate good business employers. Many employers do everything in their power to make employees successful in their work. Many employers wish their departing employees well. Many will offer a positive reference for future employment, even if it’s a bit strained. Most all employers do the best they know to do.  That said, businesses aren’t designed to care for those who are no longer employed by them.

Let’s be frank. In some churches, staff members are treated as goods and services provided by volunteer boards and denominations to members of a congregation. They are useful for growing programs, teaching our children, explaining the Bible, and being stewards of our physical and financial assets. However, when staff members are no longer deemed to have value or when the staff member decides her/his usefulness has ended, they are tossed aside. Many ministers spend their tenures at a church doing their level best to manage the tension between being perceived as useful to that church with remaining true to announcing the good news of Jesus’ Kindom on earth as in heaven.

In better church cultures, church staff are treated as an investment. They receive skill training and continuing education. They have pastoral care from those outside their church. They are given space to be imperfect and to grow in their ministry.  They are required to have cycles of rest and work. Good people – good churches – do the best they know to do.

Can we agree that neither of these models reflect a Christ-centered approach to employment?  Can we agree that our pastors are neither a commodity to be used nor an investment to be matured?

Neither of these metaphors are enough for a people called out by God. When we fail to care for staff members as they leave our churches, we betray ourselves. We reveal that we are influenced more by business culture than by an imperfect man like Paul who nonetheless made space for a partner with whom he parted ways.  Churches should have as much investment in the departure of their church staff as they do in their recruiting, hiring, and continuing development. This is healthy not only as closure for the church but as promoting new life for the departing minister.

The Death, Burial, and Resurrection of Vocation

Ministers who leave churches and the churches who they leave are both experiencing death.  Can they both be reborn with hands and feet scarred but without open wounds? They are both grieving, but it is the departing minister who is most vulnerable.

Ministers who leave churches have three wounds which need tending.

The first is a relational wound.  Those who trained for ministry and leave it will tell you, almost to a person, that isolation is the first and most potent experience they have. Loneliness consumes them. The relationships they have nurtured inside their church are now gone.  Many of those relationships were one-sided; almost all were not fully authentic. Now even those complicated friendships are absent. Ministers must re-learn how to make friends through trust and vulnerability. They will need to re-tool how they relate to their spouse.  They will need to re-work how they relate to themselves.

The vocational wound is more than a job change. Christians have placed a great deal of emphasis on the notion of “calling” among our church staff.  We ordain them, affirm that they are called by God, and trust the gifting of the Holy Spirit to act through their commitment to that calling.  But what happens when the space where they practiced that calling is gone? It is true that ministers have skills which translate beyond church employment; it is also true that many ministers must re-learn how to exercise those skills in their new non-church context.  This manageable challenge is but the tip of the iceberg.  Many ministers who exit ministry ask themselves, “Who am I now?” Their very notion of calling has shifted and it is no small thing to restore the delicate balance of calling and vocation.

The spiritual wound is festering. In our organization’s experience, the number of ministers leaving churches is growing. Further, the number of ministers who are leaving church behind completely is also growing.  Some who leave even experience a form of PTSD when they attempt to return to a church building. In this way, the spiritual wound is tied up with the relational wound. Those in the mental health field describe this as “attachment injury.” To what extent our spiritual vitality should be tied to a physical space is a conversation for another time.  But if our attachment to God and to faith took place in the context of an organized church, what is a minister to do when that space no longer feels safe nor welcoming?  Where will they find rhythms to sustain their faith if they no longer find them through a local congregation?

These three wounds do not heal quickly. They do not always reveal themselves immediately upon departing ministry. Some never fully heal. After all, grief doesn’t leave us. We become its companion, carrying it with us wherever we go. But we as church leaders can, through the lens of Jesus’ story, both acknowledge death and live as those resurrected.   Resurrection people tend to pastoral relationships even after they have changed and distanced.  In doing so, we are both true to God’s way of life and exceptional compared to the world around us.

It’s the parking spot we were sure we’d remember, then spent 15 minutes hunting for only to realize it was one aisle away the whole time. It’s a person we were looking intently for in the crowd only to find them less than ten feet away. When our senses are...

I (Trey) was asked in a Facebook group thread, “What does it mean to leave ministry on your own terms?” It’s a question worth considering. Like any career, and especially in the “gig” economy, it is increasingly rare to move from job to job with no break between... 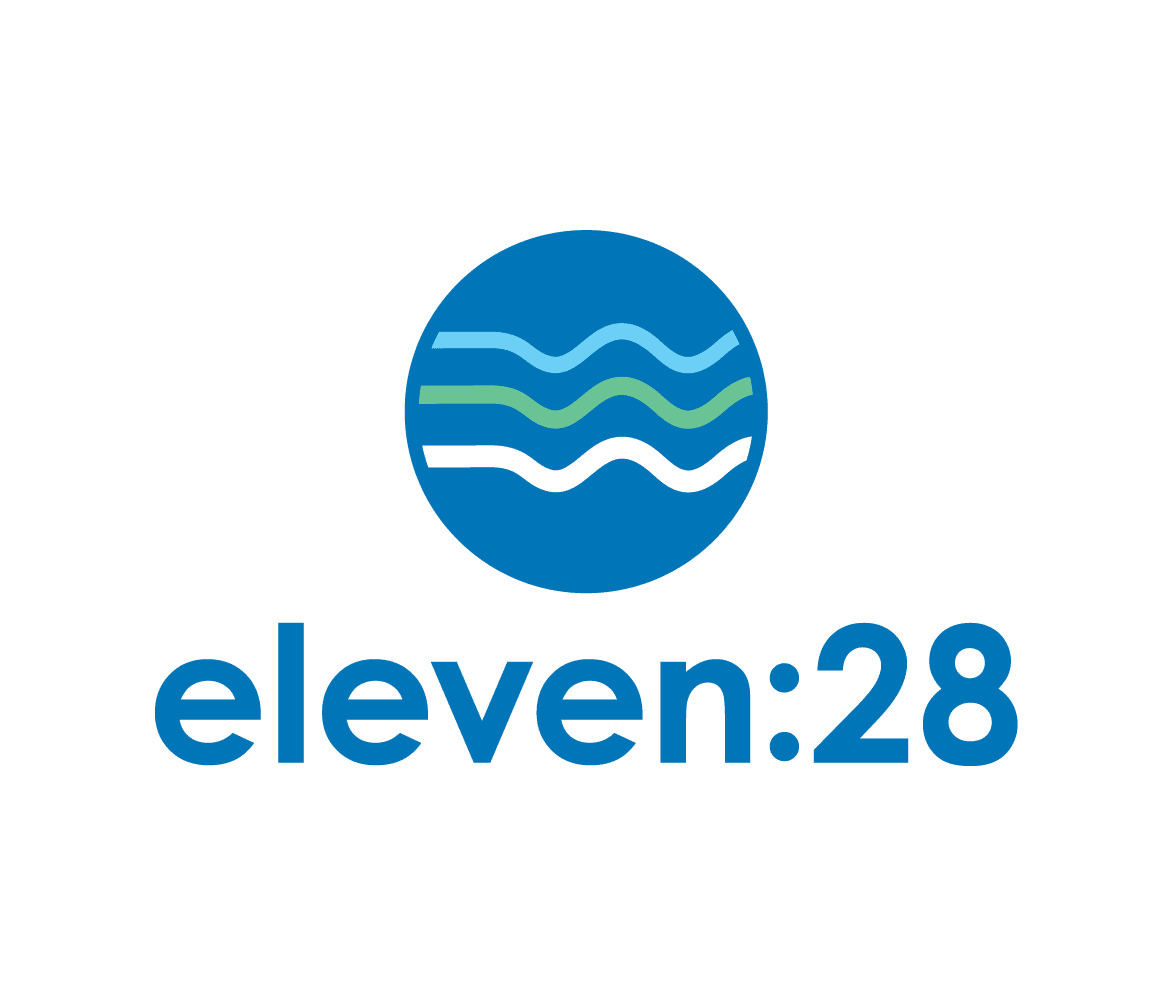